A fantastic Charity Event took place on Saturday 22nd September with the Tennis Section hitting the courts under the new floodlights to the sounds of Elvis! ??

There was some serious hip and curled lip action, while the swinging of racquets saw our enthusiastic Elvis impersonators raise money for the Norbreck Club’s nominated President’s Charity – Trinity Hospice.

The night continued with the sounds of Prime Mover Rock n Soul Band featuring Joe Marcel’s Elvis set, which was a fantastic way to finish the special evening.

The event has raised over £200 for Trinity Hospice.

Huge thank you to all players and everyone who came along and supported the night. Plans are now underway for next year’s event.

Submit your ideas to Paul Bentley! 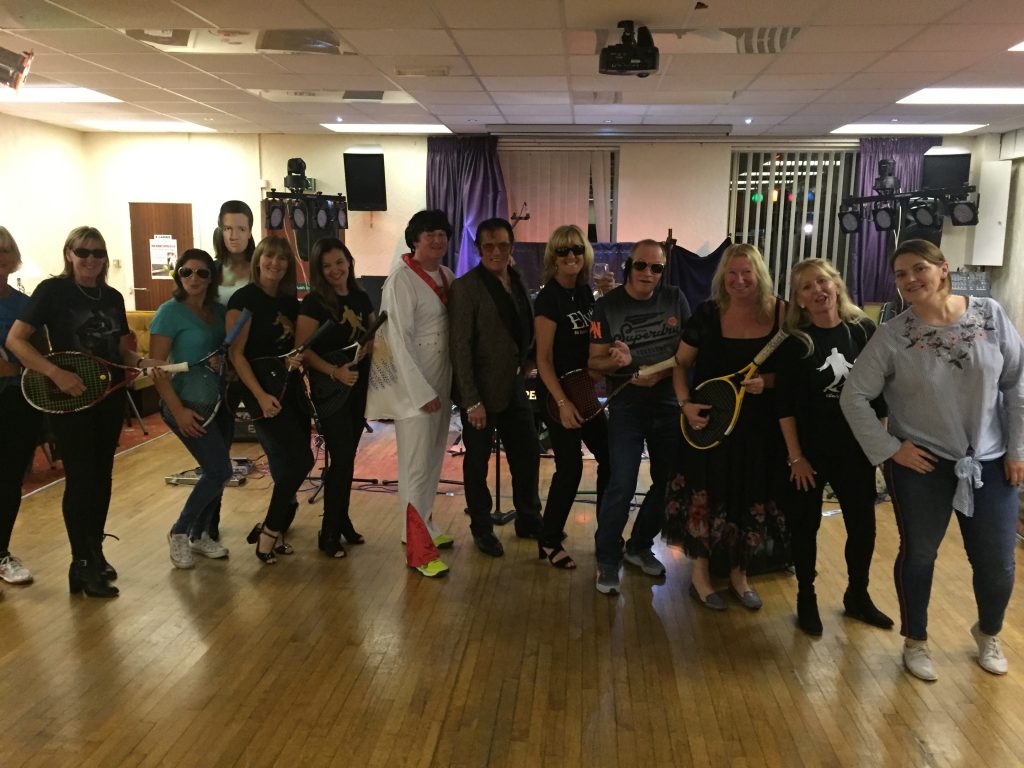