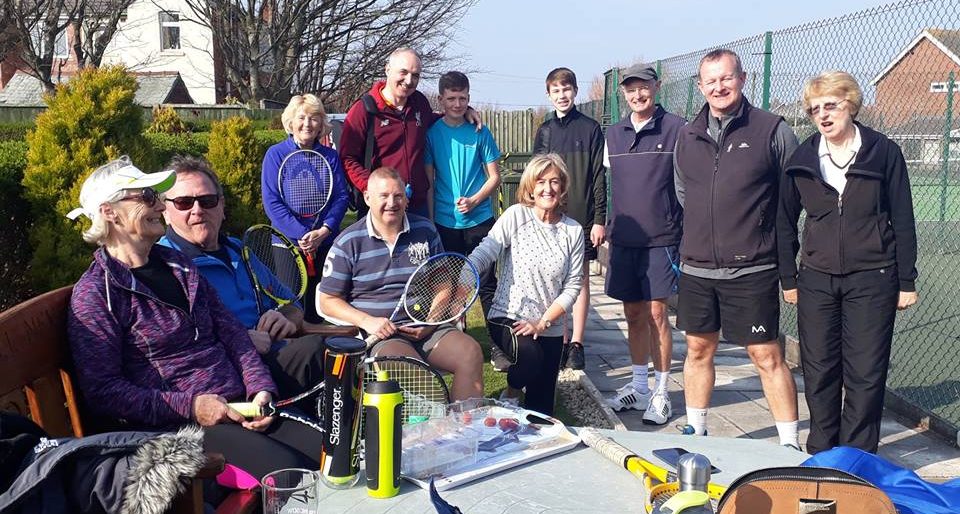 On Sunday, 7th April an American Tournament was held to open the new tennis season.

Club President, Sylvia Johnson, officially opened the proceedings and 16 tennis players enjoyed a fine afternoon of mixed doubles, but with a twist – the players were drawn into mixed pairs and each pair played against the other pairs, but halfway through each match the male players swapped partners and so played against their original lady partner for the remaining games of each match.

Individual players kept their score of games won throughout. At the end of the afternoon, the highest scoring male player was Chris Whalley and there were two ladies tied for first place – Zoe Ryan (left) and Julie Whalley (right – pictured with Chris below).

It was a fun, sociable and enjoyable afternoon’s tennis and the general standard of play was high.

Your next club tournament arranged for Sunday 5th May at 12.30pm for the Mixed Handicapped Doubles Trophy. See you there!