The hottest first May Bank Holiday, since our club records began(!), didn’t deter Norbreck players as a record 30 competitors battled it out in the high temperatures to take top position in the club’s annual Mixed Doubles Tournament.

The sheer numbers of players meant some long breaks in between matches, but what better way to spend a Sunday! The weather was perfect and the competitiveness and high quality tennis on the courts made for an exciting watch all afternoon.

The final game saw Sylvia Johnson and Tyler Cleary against Amie Stirk and James Turton, but the undefeated winners of the afternoon (winning all of their five matches) Amie and James were crowned eventual winners of the final and tournament. 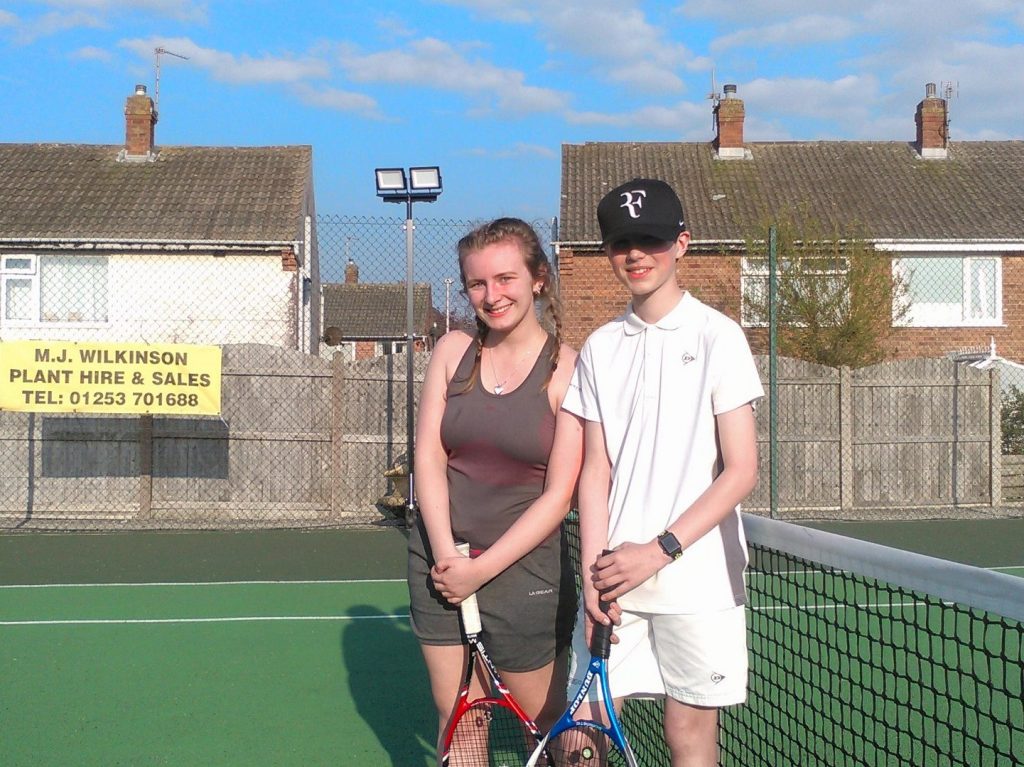 Huge congrats go to Amie and James and to all competitors for a fantastic show of skill and participation.

With the new season of tennis comes a new season of club competitions and tournaments. The first dates of which have now been released. More to follow!

Club competitions are open to club members of all levels of tennis ability. Bring food too for a Jacob’s Join style picnic.

Want to join in or new to tennis at the club? Just talk to Chris or Julie Whalley for more info on 01253 890697 or email Chris Whalley.