There was no Let on our courts over the last week, as in sweltering conditions Norbreck Club tennis players once again tested their mettle to the max.

In the days leading up to what’s set to be one of the hottest Wimbledon tournaments on record, our own players of all ages have been absolutely smashing it in their own Grand Slams.

First up on Wednesday 27th June the club’s Orange team juniors (pictured above) competed in the LTA Summertime Slam. Harry (below) was hailed Champion following a nail biting final against Rayan. 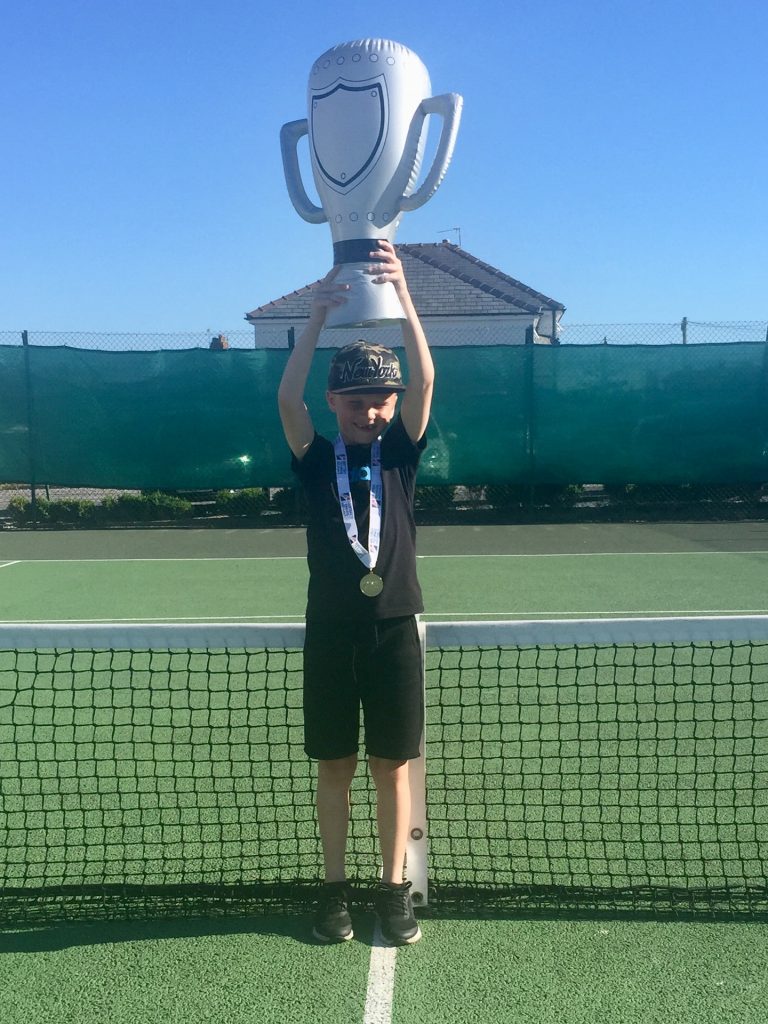 While on Sunday 1st July with temperatures on the courts at Norbreck reaching 30+ degrees (!), tennis members competed for the annual President’s Trophy in a mixed doubles tournament.

The round robin group stages were mainly quite close encounters and the tense tournament final saw the eventual winning pair – 11 year-old, Yacob and Chris Whalley (pictured below) defeat Carol Scholfield and Patrick Hicks.

Huge thank you to all players and spectators and don’t forget the next tennis competition is scheduled to be the Men’s Handicapped Singles on Sunday 22nd July. No need to pre-register just come down on the morning.

Ready to give Tennis a try? Wimbledon gets everyone in the mood, so dust your rackets off and don’t worry if you haven’t got one or the strings have gone – we have plenty!
Contact Julie Whalley on 01253 890697 today for more info. 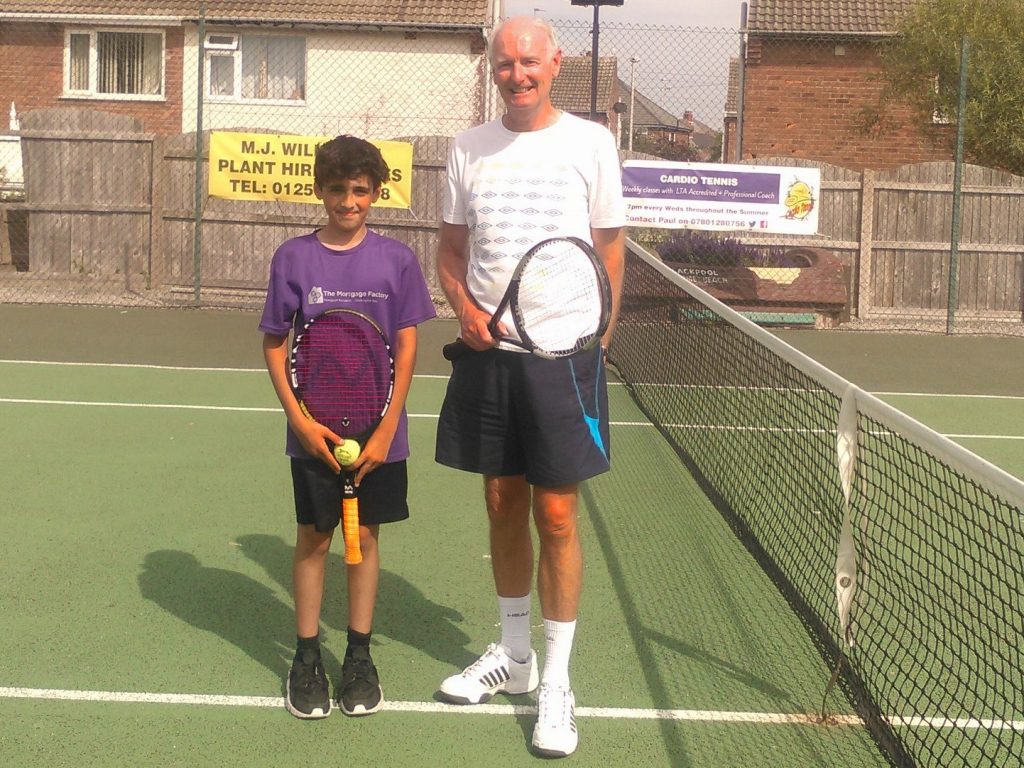